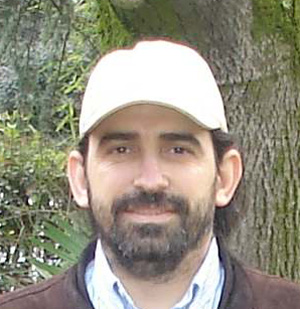 Let’s keep up the good work with our exclusive interviews with the most important stars of the international metal detecting scene. Today we have the privilege to publish our interview with Georgi Chaushev, CEO and Chief Designer of NEXUS Metal Detectors, one of the most famous european manufacturers,very well known for their incredibly powerful models. We already reviewed their CREDO DDM, a truly deepseeking and performing machine.

Today Nexus is pretty busy with their new top-of-the-line model’s launch: the NEXUS Standard MP. This machine promise,  according to its designer Mr. Chausev, to really “shock” the detecting scene. Let’s know more about it…

Have a nice reading…

Leonardo Ciocca: Hello Mr. Chaushev! We’re very happy and honored to interview you for our blog. Our readers were really excited about your new series of detectors after reading our article on the Credo DDM and watching the video tests. Many compliments for your efforts! Now, can you tell us more about your academic and professional background? When did you started being interested about metal detectors?

Georgi Chaushev: Thank you Leonardo. I am also honored to be part of this interview.

My education is for an electrician from the high school and mechanical engineering in Railway Military (until 1991, now is no more a military institute) University in Sofia, Bulgaria.

I’ve got interested in metal detectors about 25 years ago.

LC: During the last years, many new european metal detector manufacturers “popped up” on the market, especially from East Europe like Bulgaria and Turkey. Do you think our (read European) technology and industrial capability is now mature enough to beat American and Australian major competitors? 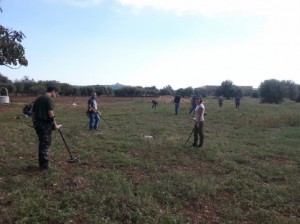 GC: The major US and Australian manufacturers actually could never offer better detectors for archaeology than many European manufacturers for the simple reason that on those continents there is no ancient history and the relevant soil conditions for it to be found. So their production revolved around hobby search in the parks or gold nugget hunting in mineralised field conditions.

Searching for ancient history in the depth of European cultural ground layers is a different matter and it requires a different approach.

European manufacturers, such as ourselves, are not yet mature enough to beat US and Australian metal detectors on a general basis. We have the technology developed to suit our detecting needs and our detecting conditions. 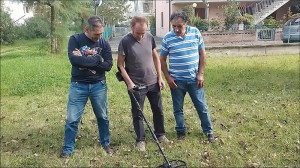 LC: Nexus is very famous for introducing a lot of real innovative solutions in its products. I could easily think to Double O coils, Hi-Energy 124 Volts search heads, DDM system, fiber glass construction material etc. What we could expect in the near future? I’ve seen on Youtube some amazing videos of a new prototype called MP… Could you tell us more? 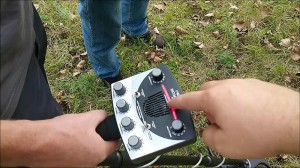 The DDM LED indicator system is one of our original ideas for use in metal detectors.

Above all, the untraditional design and the use of untraditional materials in our search coils is a very different matter. It is the reason of our success in the serial production of fully resonance-tuned search systems.

Currently we are the only manufacturer to employ, in all our models, fully resonance-tuned search coils.

The new Nexus Standard MP should be the best ever all-arounder to come, capable to work in every imaginable condition. 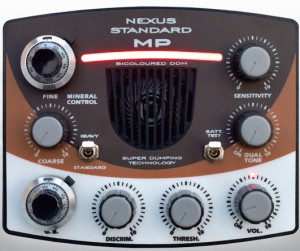 Nexus Standard MP will be our new top of the line metal detector that will offer unmatched performances by any other IB detector. It will be more versatile, will be able to work on really severe ground conditions and even on concentrated magnetite (black sand) soils will feature excellent stability on highly conductive soil and top performance on wet salt beaches.

The MP is designed with the idea to use the ground ferro-magnetic properties as an electromagnetic wave conductor. This allows the MP to achieve consistently better depth in the soil than it can demonstrate in air.

The most important quality of the Nexus Standard MP is its capability to perfectly balance in every soil and/or mineral, not to discriminate them. Discriminating minerals leads to false idea of performance in mineralised soil conditions, so with the MP we balance them out as we do when working on normal soil.

The MP demonstrates more reliable depth penetration than any other previous Nexus model and it is also more stable in all conditions by far.

LC: Do we will have to wait a long time to see it on the market?

GC: Nexus Standard MP is expected to come out in February 2015. 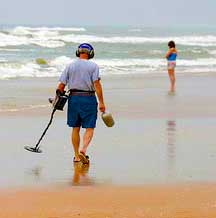 LC: Taking a look to your website (www.nexusdetectors.com) I’ve notice you still don’t have any underwater capable model in your catalog. As you may guess, thousands of Italian hunters do beachcombing and would like to have a competitive, powerful and reliable submersible machine that could handle salt mineralization. Are you working to a underwater model too?

GC: We do not intend to work on underwater detector soon.

LC: Your new detectors are totally analog. Major manufacturers like XP, White’s, Minelab etc are focusing on digital technology, DSP processing etc. Will we see a digital Nexus in the near future?

GC: We actually have a digital design that we are not going to put in use ever, because digital solutions are yet to offer the performance standards and adjustment resolution of a quality analogue metal detector.

Users are falsely mislead that “digital is better than analogue”. But looking at any metal detector there is nothing digital in their search coils and the search coil is the beginning and the end of all things about a metal detector. If the sensor technology is pure analogue, digital processing can only offer some comfort at the expense of performance.

Digital technology can offer a number of convenience tools, but not much of performance improvement. Best performance in all digital designs is still achievable only in manual settings mode, meaning the digital processor may replace the manual rotary knobs, but the game is still the same.

The digital technology is still very far from the humans’ sensorial perception, which is the most important aspect of metal detecting. 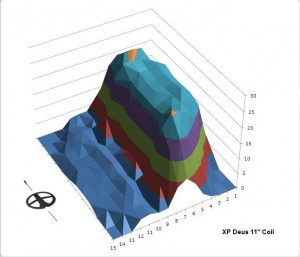 LC: In my previous interviews with other famous brands’ designers and chief engineers, I had different answers on the possibility of significant VLF/IB further enhancements and evolution. Someone told me we almost reached its theoretical limit, someone else told me that digital signal processing will allow further enhancements. What’s your personal perspective on this issue?

GC: The digital signal processing will not allow any further improvements on the performance of IB detectors. There are so many new top digital detectors out there, and they all do the same job. None is really outshining the rest, regardless the claims.

As for the analogue I can tell you only one thing – look out for the Nexus Standard MP, because this detector will be a game changer for those who are interested in extreme performance. 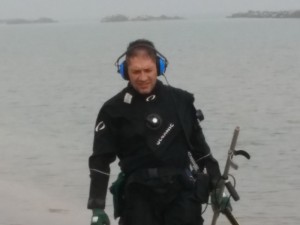 LC: Pulse Induction technology is on the market since years but seems it is just at the beginning of its evolution. Some major companies are presently working to give PI a true discrimination, lower energy requirements and better ground balancing. Do Nexus is effectively interested in this kind of Time Domain technology?

GC: The new Nexus Standard MP have actually matched and in some cases have exceeded the PI performance in most mineral conditions apart from concentrated black sand and heavily magnetite saturated soils.

MP also exceeds the discrimination ability of any PI detector and it exhibits much faster recovery speed, needed for use in iron infested areas. 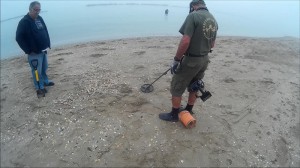 The PI have the same limitations on the ground as IB as they both use the same wire wound search coils. So, by now, we will keep out of PI, concentrating on improving the performance of IB detectors.
LC: I don’t mean to be rude or insistent. I asked this same question during the previous interviews, and I’d like to know your opinion about this issue. Modern Digital World embraced the Open Source platforms in almost any kind of device. We can find Android almost everywhere, embedded in TVs, Smartphones, Smartwatches, Digital Players, ATMs, and even in soda cans distributors! Minelab started to introduce this Open Source phylosophy at least in a part of the CTX3030 platform (source codes are available on their website). Will you join that kind of approach in the next future? Will we see a software based machine that could be modified by third party companies or evoluted users as we see with smartphones? 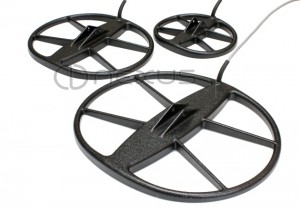 GC: This digital gear have nothing to do with metal detecting, regardless how many manufacturers are getting into this marketing. It is a way of turning metal detectors into entertainment devices.

We, at Nexus, are still manufacturers of professionally-oriented metal detectors.

LC: Thanks a lot Mr. Chaushev! It was a real pleasure to interview you. Do you want to say something else to our readers?

GC: As a friend of mine says – There are many ways to make a detector that finds stuff 20-25 cm in the ground. But there much fewer detectors that can go considerably deeper than that.

If you are one who’s looking for the very deep stuff, consider Nexus.

Thank you for your time Leonardo and best wishes to all treasure hunters.